A Masterpiece of Genoese Art Nouveau: the staircase at the Bristol Palace 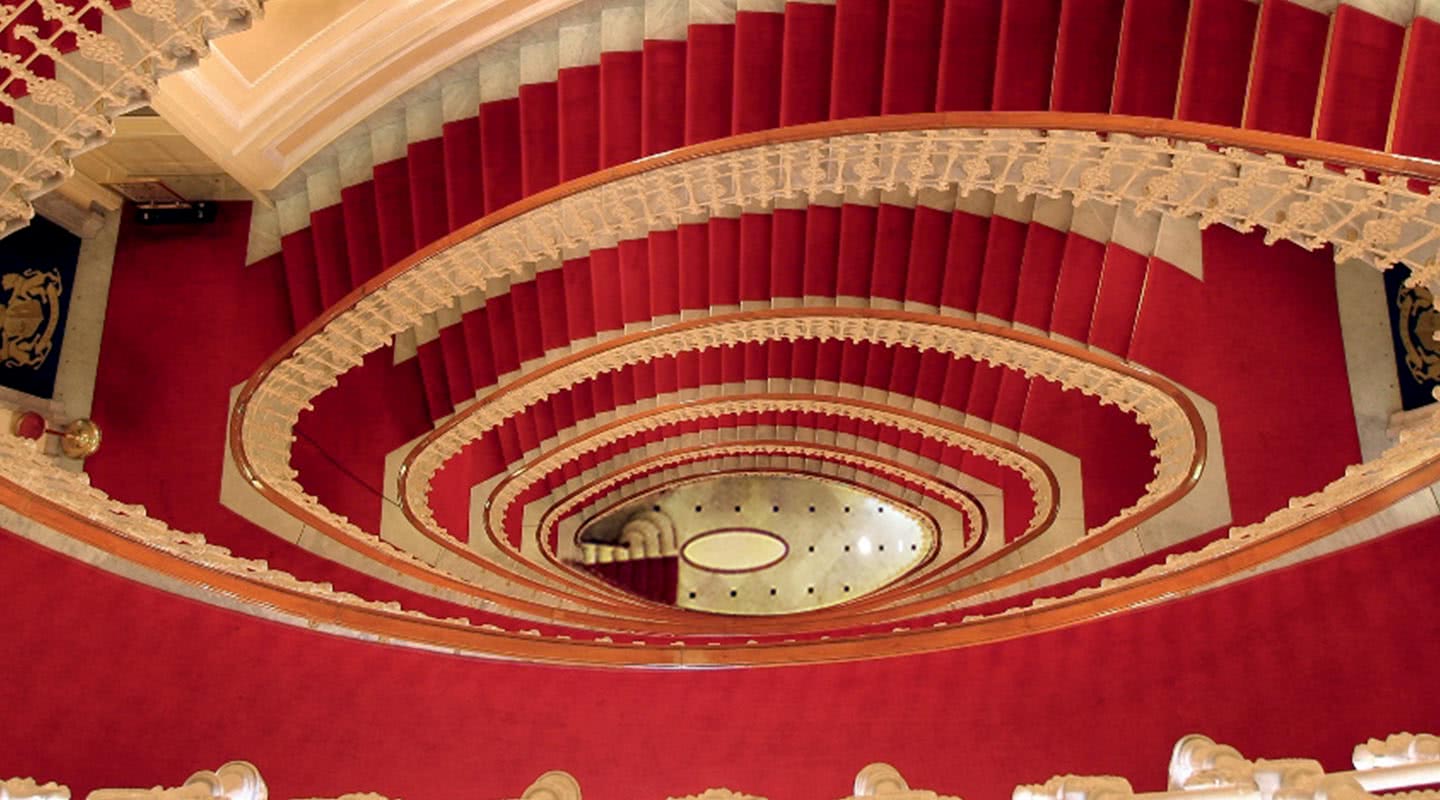 You see it as soon as you step into the Bristol Palace in Genoa – it’s impossible not to! The towering grand elliptical staircase has been the symbol of the hotel since it was built in 1905. Let’s stop for a moment to observe it and recall a few memories of the place.

The style revolution of Art Nouveau in Genoa

At the start of the twentieth century the architecture of Genoa was ruffled by a wind from abroad that went on to inspire local artists. It was the wind of Art Nouveau, the style of the rising new middle classes, and it blended into pre-existing eclecticism, partly changing the face of the city. Especially in Via XX Settembre, where, as if to usher in the new century, Palazzo dei Giganti was built in 1900. Subsequently, in 1904, Palazzo di Pagliacci appeared in Corso Martinetti, in the Sampierdarena neighbourhood, a suburban example of Art Nouveau inspired by the Vienna Secession. Back in Via XX Settembre, it is possible to admire the Bristol Palace, where high society has been organising grand galas in its ballroom and restaurant since 1905.
In Via Maragliano, also in the centre, Palazzo Zuccarino was built in 1907 by the architect Gino Coppedè, who went on to design the citadel for the 1914 Genoa International Exhibition, an event that marked Art Noveau’s ultimate triumph in the city. Even before that, in 1912 Coppedè, in partnership with his brother Adolfo, an interior designer, had built Palazzo della Borsa, the Stock Exchange. 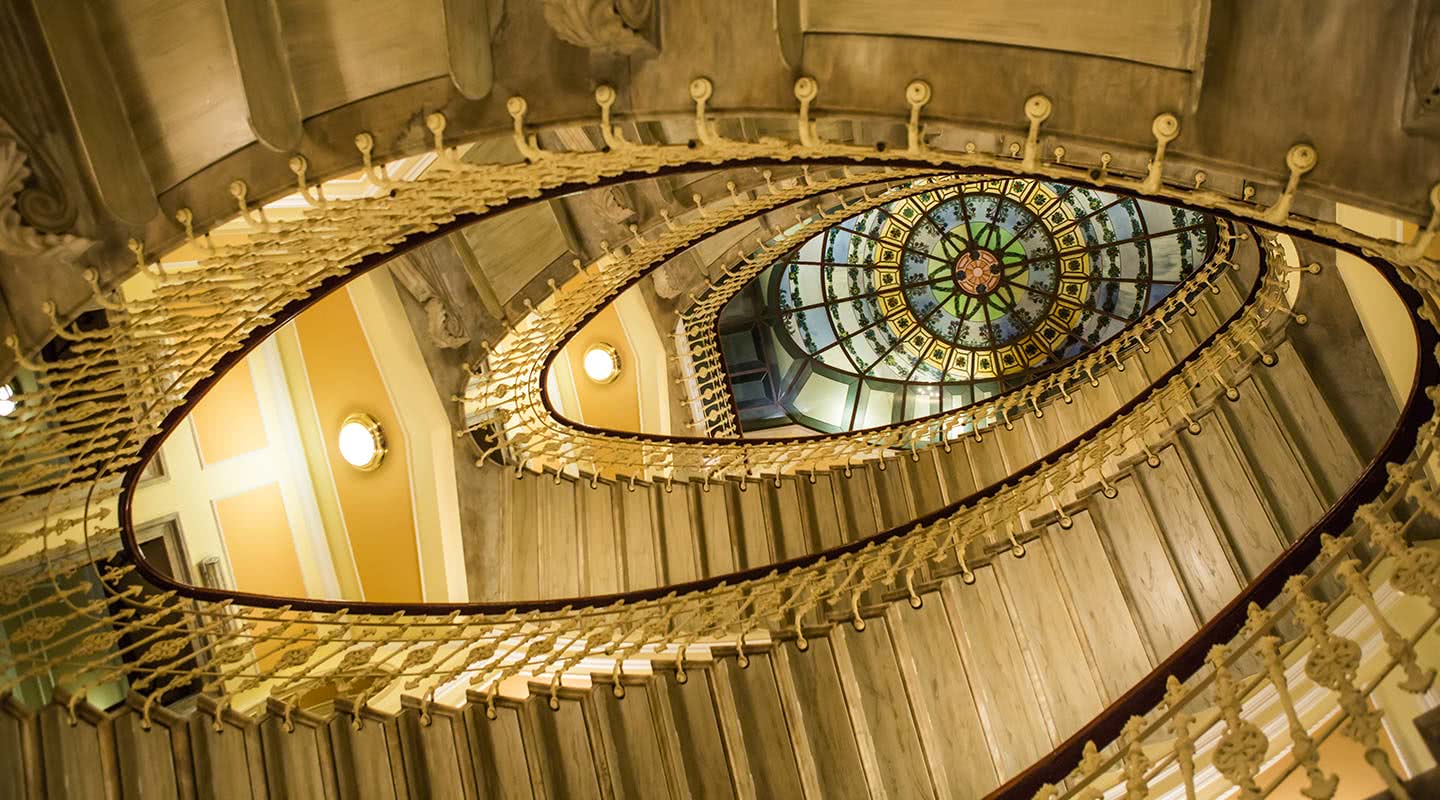 The symbol of the Bristol tells its own story

Six storeys of history. The spectacular white marble elliptical staircase with its wrought iron railing climbs in a spiral up to the top floor. It appears not only suspended in space but also, somehow, suspended in time. We can almost imagine the celebrities of the time walking up and down the staircase: from novelist Edmondo De Amicis, who wrote a note of compliments – “I left the Bristol under the illusion that I’d been a great gentleman for five days” – to the poet and novelist Gabriele D’Annunzio, the playwright Luigi Pirandello and Eugenio Montale, also a poet, who used to come here to attend weekly Rotary Club meetings. The staircase’s dizzying perspective was also admired by the likes of Emperor Hirohito, the Infanta of Spain, the former Italian president Carlo Azeglio Ciampi, the Israeli politicians Yitzhak Rabin and Simon Peres, Nobel Prize winner Rita Levi Montalcini and two great stars of Italian stage and screen, Vittorio de Sica and Alberto Sordi. The deft feet of the great ballet dancers Rudolf Nureyev and Carla Fracci also tripped up and down these steps. According to legend, finally, Alfred Hitchcock – twice a guest at the Bristol when he came to Genoa to shoot some scenes for To Catch a Thief – drew inspiration from the staircase for Vertigo. To understand why, you only have to go to the top and look down: what you see is a spiral that conjures up an optical illusion.
Genoa, History, Hotel
Written by: Digital Gran Tour 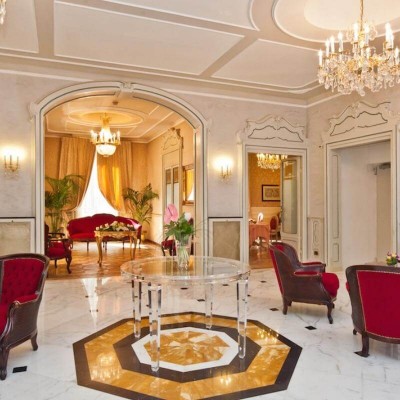 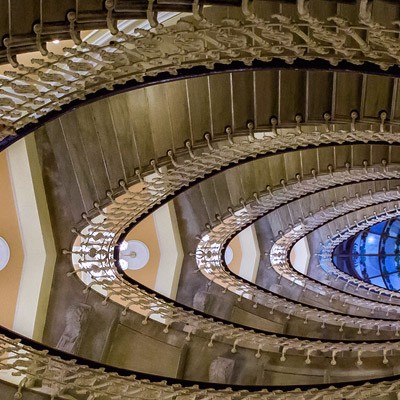 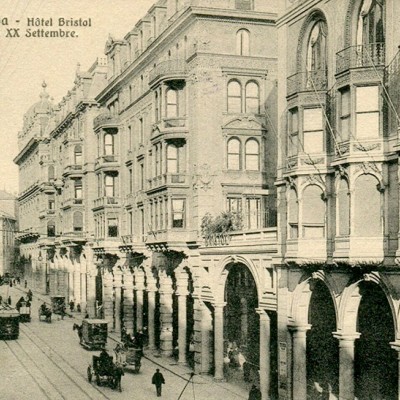 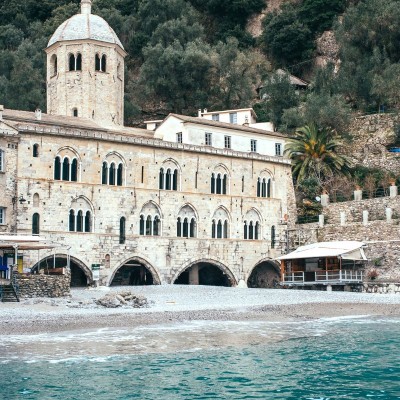 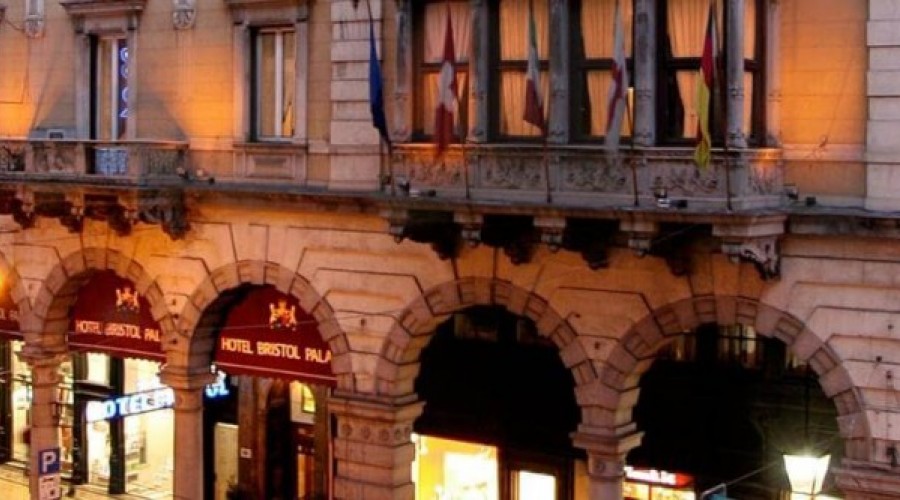 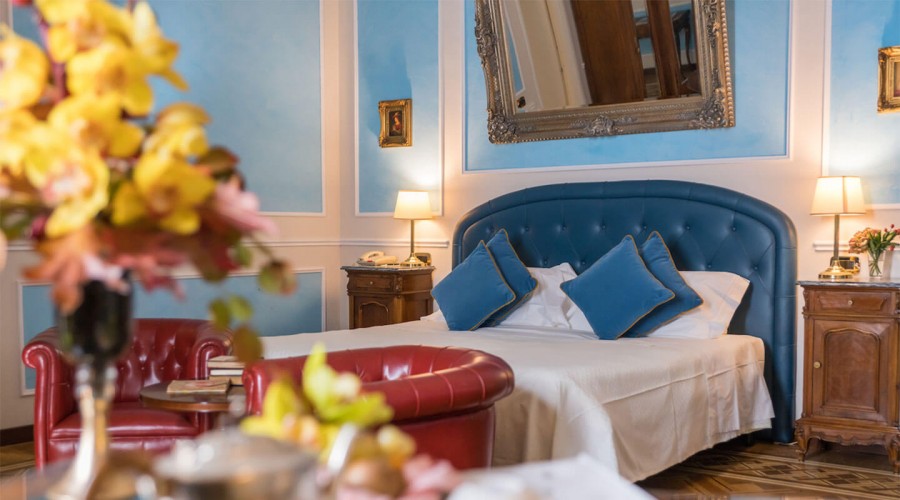 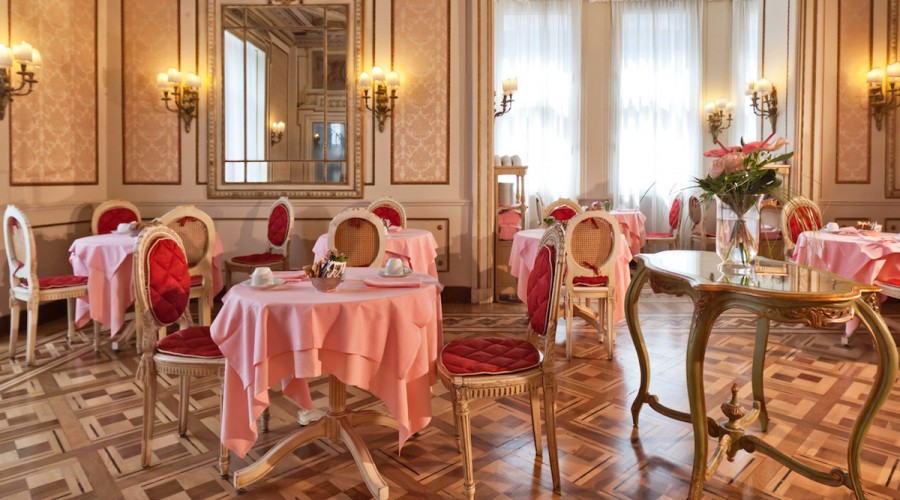 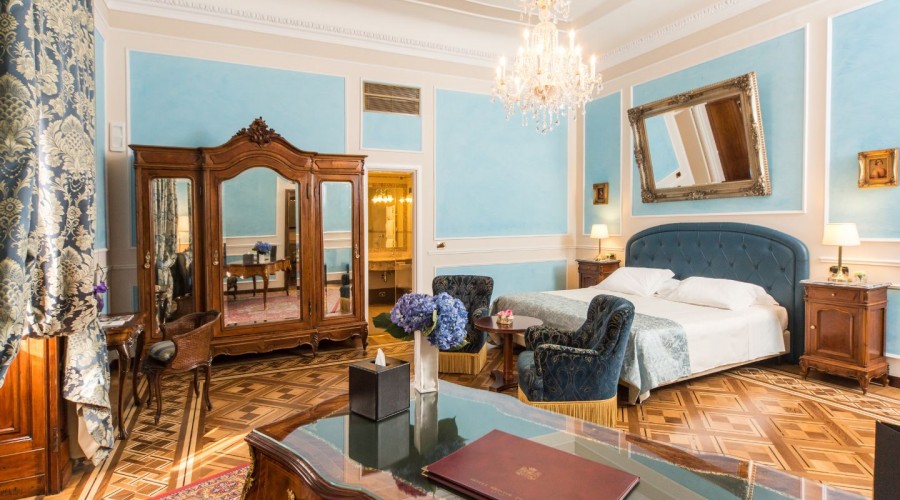